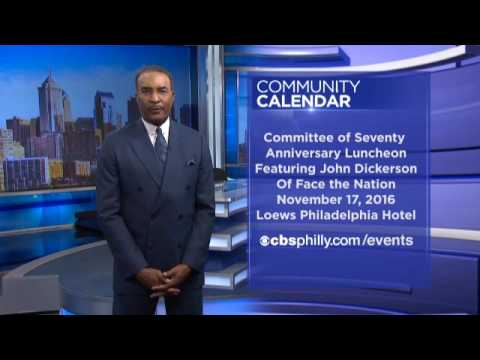 John Dickerson is the anchor of CBS News' Face The Nation, the number one Sunday morning public affairs program, and author of Whistlestop, a just-released account of his most memborable presidential campaign stories. See Dickerson discuss his new book on CBS This Morning.

He is the author of two long-form series for Slate. The most recent is on presidential attributes, which won the Ford Prize for Distinguished Reporting on the Presidency. Previously, he wrote an in-depth series of articles about risk in which he profiled musicians, rock climbers, a Silicon Valley start-up and CENTCOM commander James Mattis.

Dickerson has been a reporter in Washington for almost 20 years, covering the White House, Congress and economics. Before joining Slate in 2005, Dickerson covered politics for 12 years for Time magazine. For his last four years, he was the magazine's White House correspondent, covering the presidency of George W. Bush. He has covered presidential campaigns since 1996 and hosts a twice-monthly podcast, "Whistlestop," which chronicles great moments in presidential campaign history.

A native Washingtonian, he graduated with distinction from the University of Virginia with a bachelor's degree in English and a specialty in American Studies. His mother, Nancy Dickerson, was CBS News' first female correspondent. Dickerson is the author of On Her Trail (Simon and Schuster), a book about his mother. Known for his active use of social media, Dickerson has more than 1.35 million Twitter followers at @jdickerson.

Tickets to the luncheon are available for purchase. Sponsorship and ticket information can be found on the 112th Annual Luncheon Sponsorship Pledge Form. For more information contact Dan Bright at dbright@seventy.org or 267-861-6044 (office).