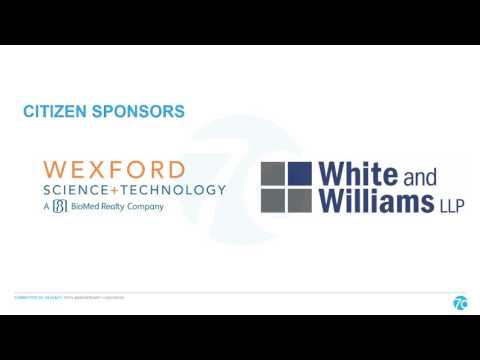 When Seventy's leadership set out to design our 111th Anniversary Luncheon, we wanted journalists who specialize in how the policy agendas, strategies, egos, staffs, gaffes and unforeseen events mix to create a campaign and influence elections.

We were also hoping that they could use their extensive reporting experience to make some intelligent predictions for the 2016 presidential race—keeping in mind what Yogi Berra once said, “Prediction is difficult, especially about the future.”

Best-selling authors and political commentators MARK HALPERIN and JOHN HEILEMANN fit the bill perfectly. Managing editors for Bloomberg Politics and co-hosts of the daily talk show With All Due Respect, they are perhaps best known as co-authors of New York Times best-sellers Game Change and Double Down: Game Change 2012, written about the 2008 and 2012 presidential campaigns.  Those two books received high praise—they’ve been described as “spellbinding, riveting, and explosive for political junkies and cautious historians alike.” Television programs like Morning Joe, Meet the Press, This Week with George Stephanopoulos, Face the Nation and Charlie Rose regularly feature them for their scoops and insights.

KRISTEN WELKER is an NBC News White House Correspondent who is also covering the 2016 presidential election.  Welker began covering the White House in 2011 and travels domestically and internationally with President Obama, the First Lady, and Vice President Biden.  Her reporting appears across all platforms of NBC News, including NBC Nightly News, Today, Meet the Press, MSNBC, and NBCNews.com. A Philadelphia native, she is a graduate of Germantown Friends School and Harvard University.